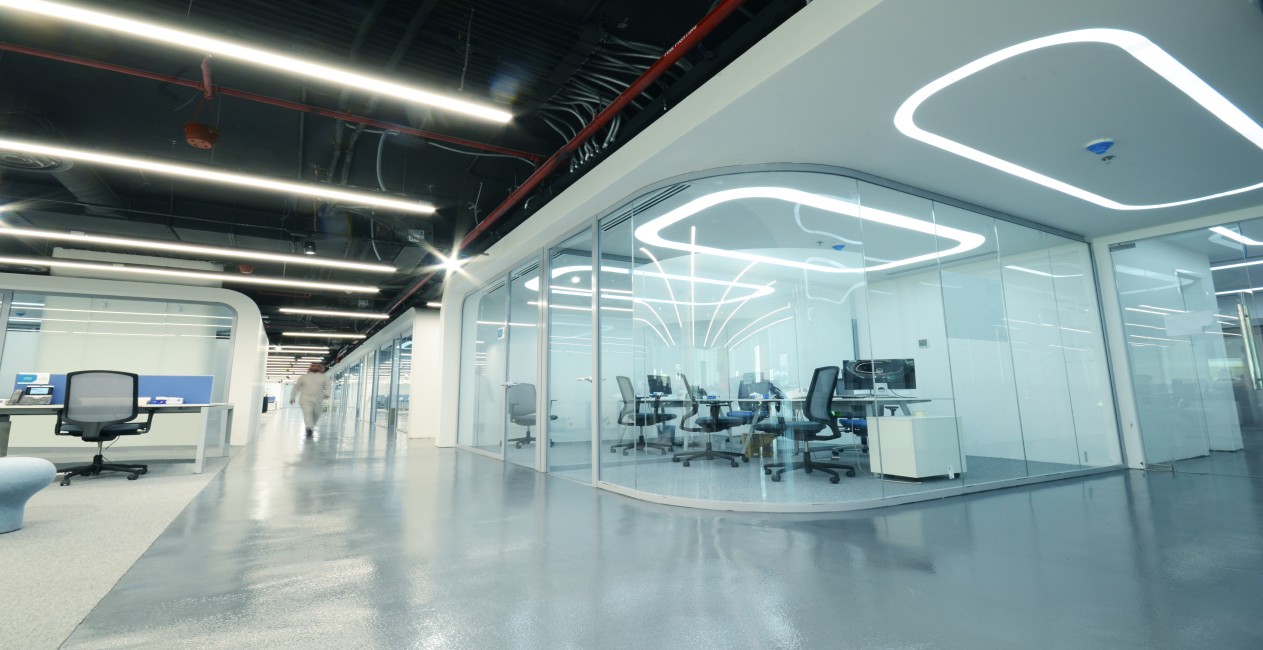 In order to reach the design style for the project, the nature of work, activities and relationships within the authority were analyzed, then, initial studies were prepared in order to extrapolate the design language that will be applied to various elements of the project where a mixture of contemporary and industrial style has been adopted.

Functionally, the project is distributed on a ground floor and four repetitive floors, in addition to the basement for car parking. The ground floor contained the entrances and customer service in addition to incubators for business acceleration. Departments were distributed on the first and second floors where workstations were placed along the building with the curved glass façade. Behind the workstations zone is the area of closed offices for managers, so that each administrative unit is made up of workstations and their own managers’ rooms. The third floor is designated to contain the high management offices that include the governor’s office, his deputies, and the main meeting room, while the top floor was reserved for common recreational and stimulating spaces.

In terms of the interior volumetric design and the elements that would be used, the identity of the authority was analyzed and used as an inspiration. The identity design consists of straight lines with round corners, thus, the proposed interior design unit reflected that with rectangular units with round corners. Volumetric units were generated as a result of the superposition of two interlocking horizontal and vertical loops that resulted in a capsule shape volumetric unit. This was applied to all elements of the workspace as a single space or hall that contains workstations. It was also applied to all complementary elements in such as graphics, indication boards, and lighting fixtures. 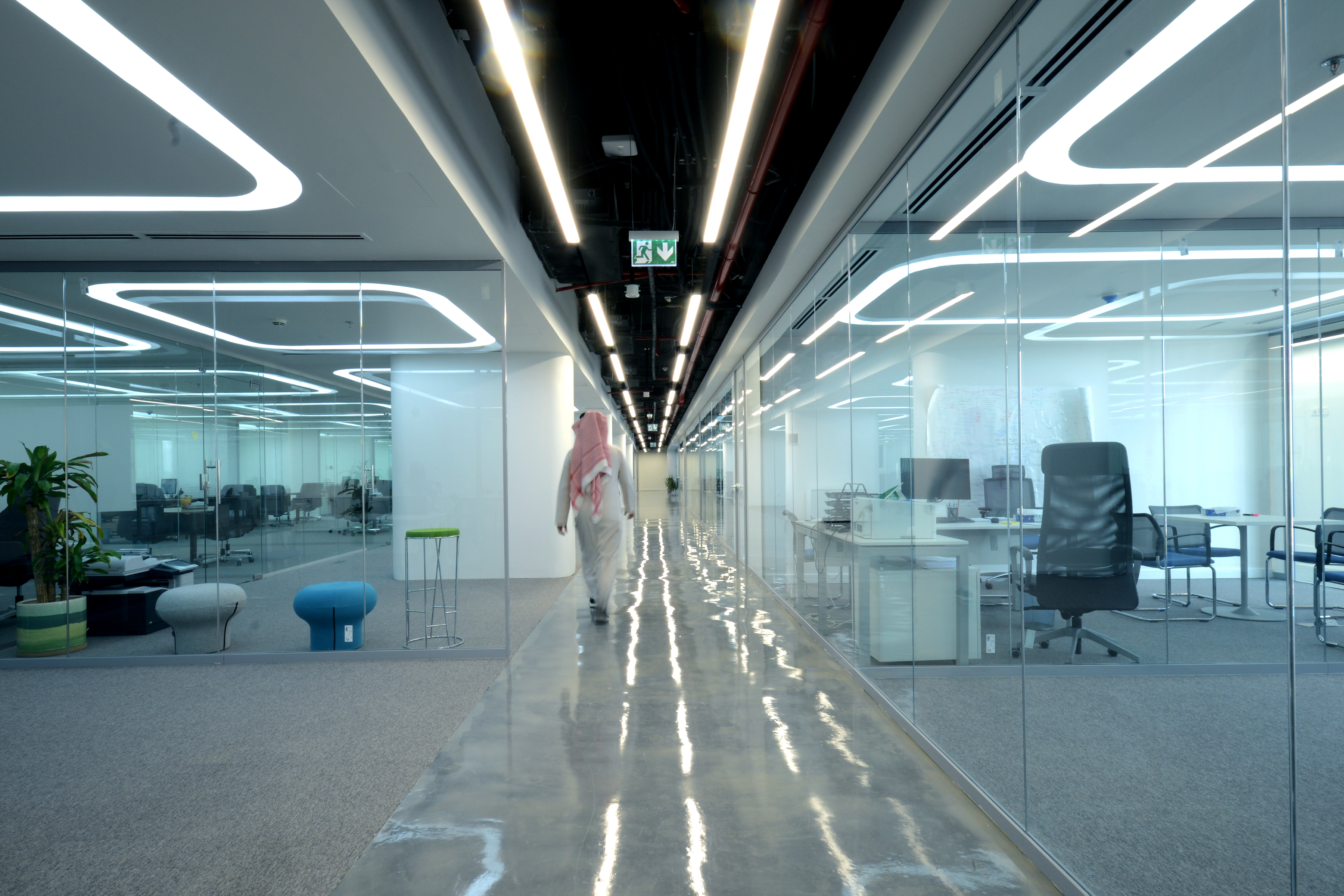 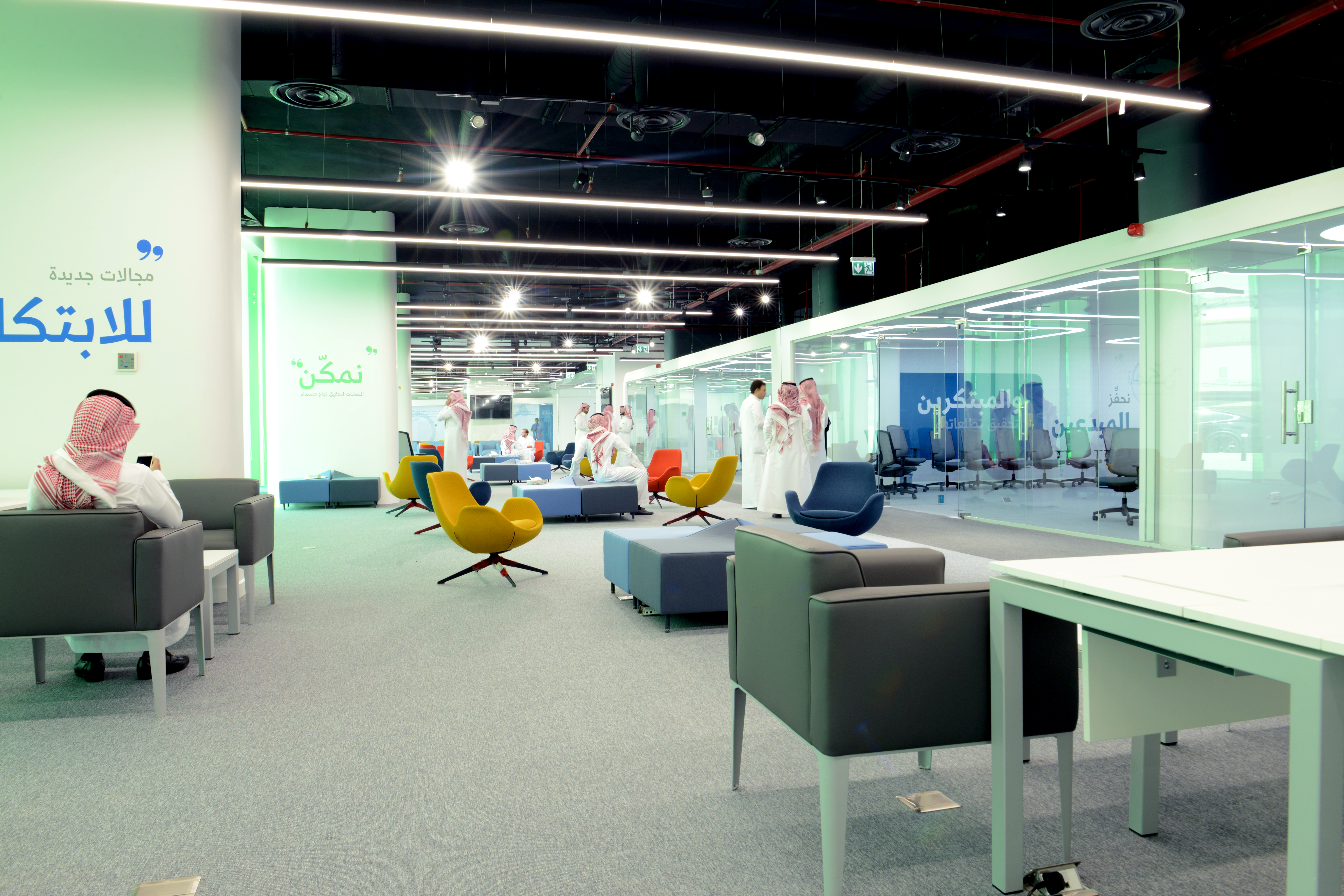 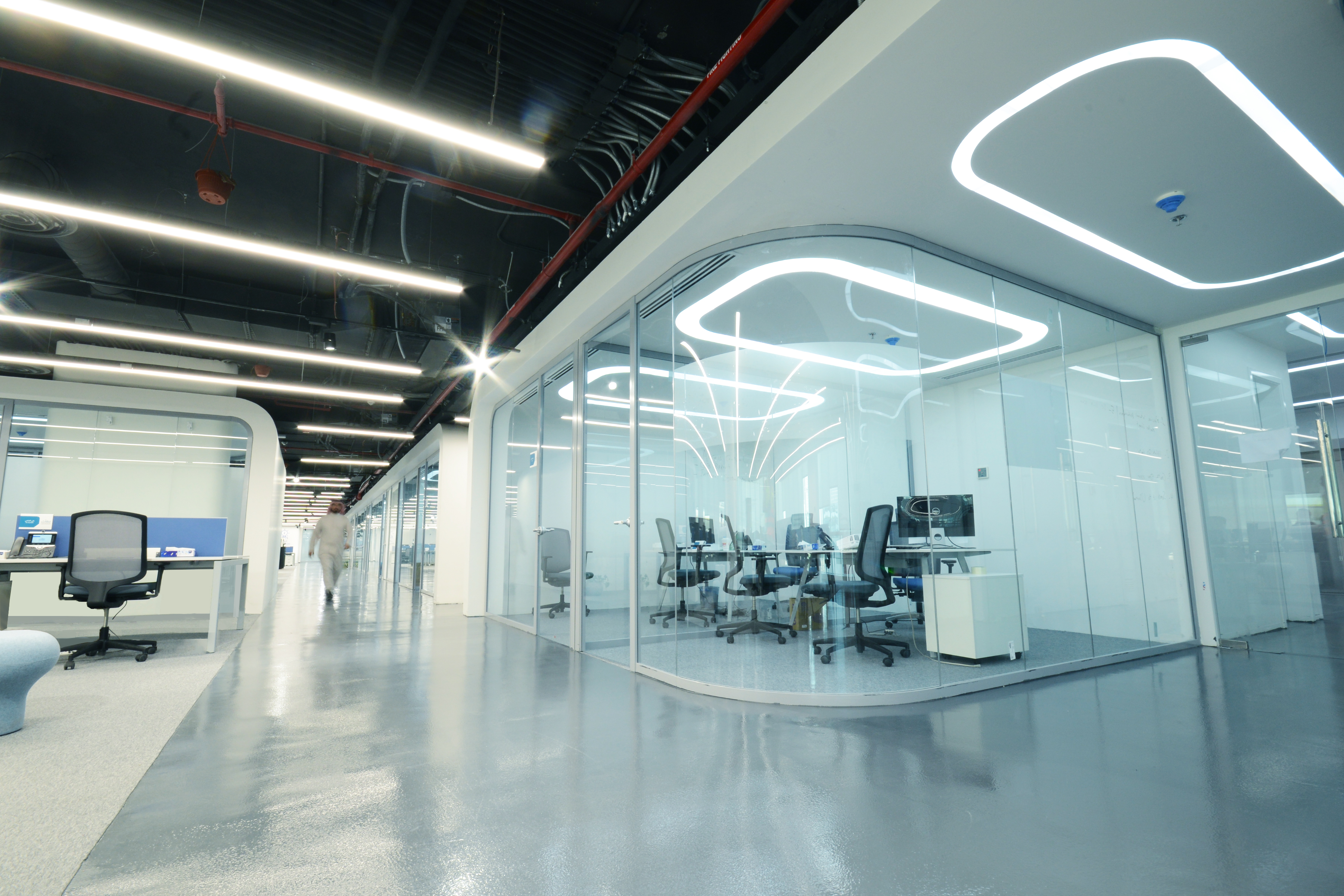 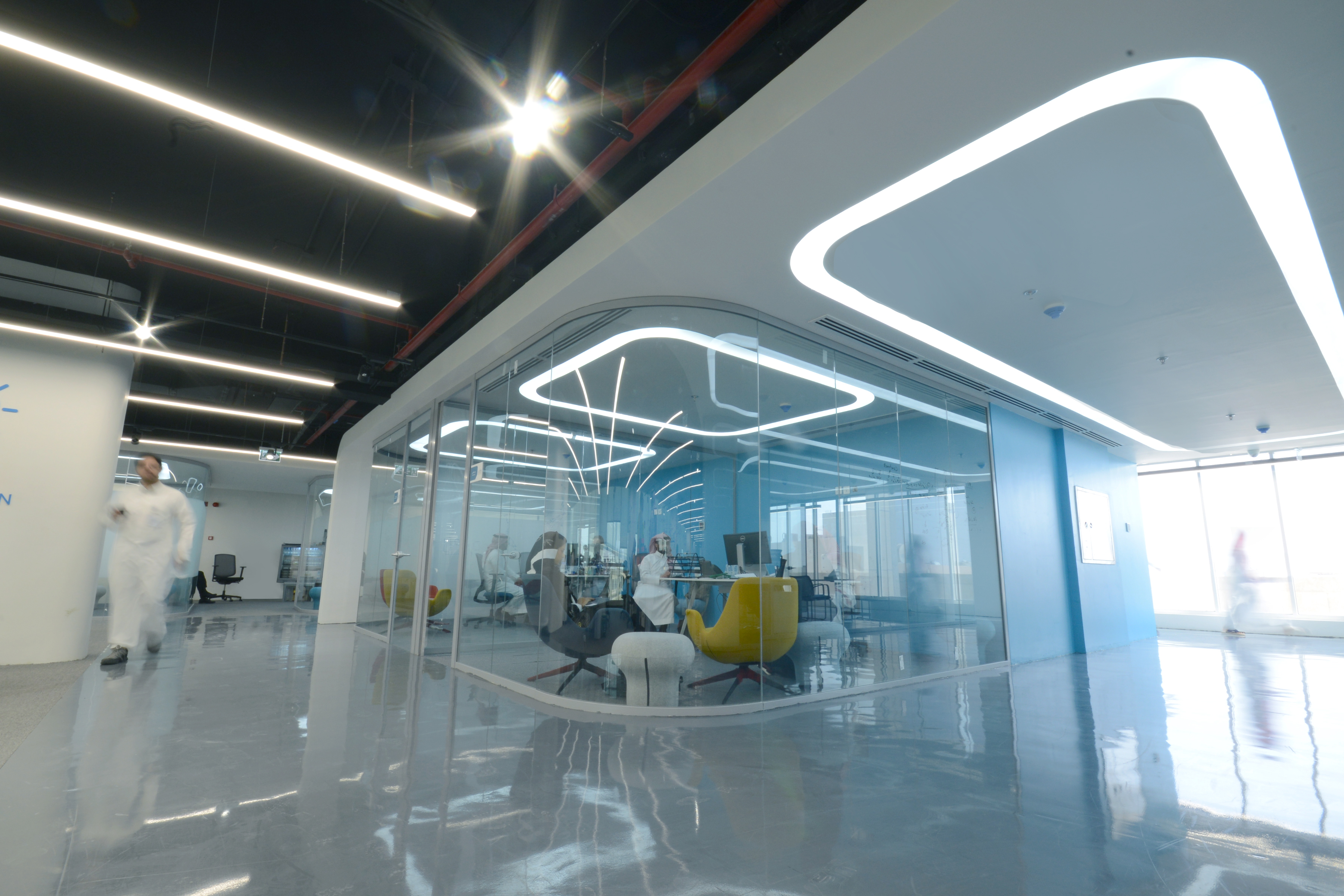 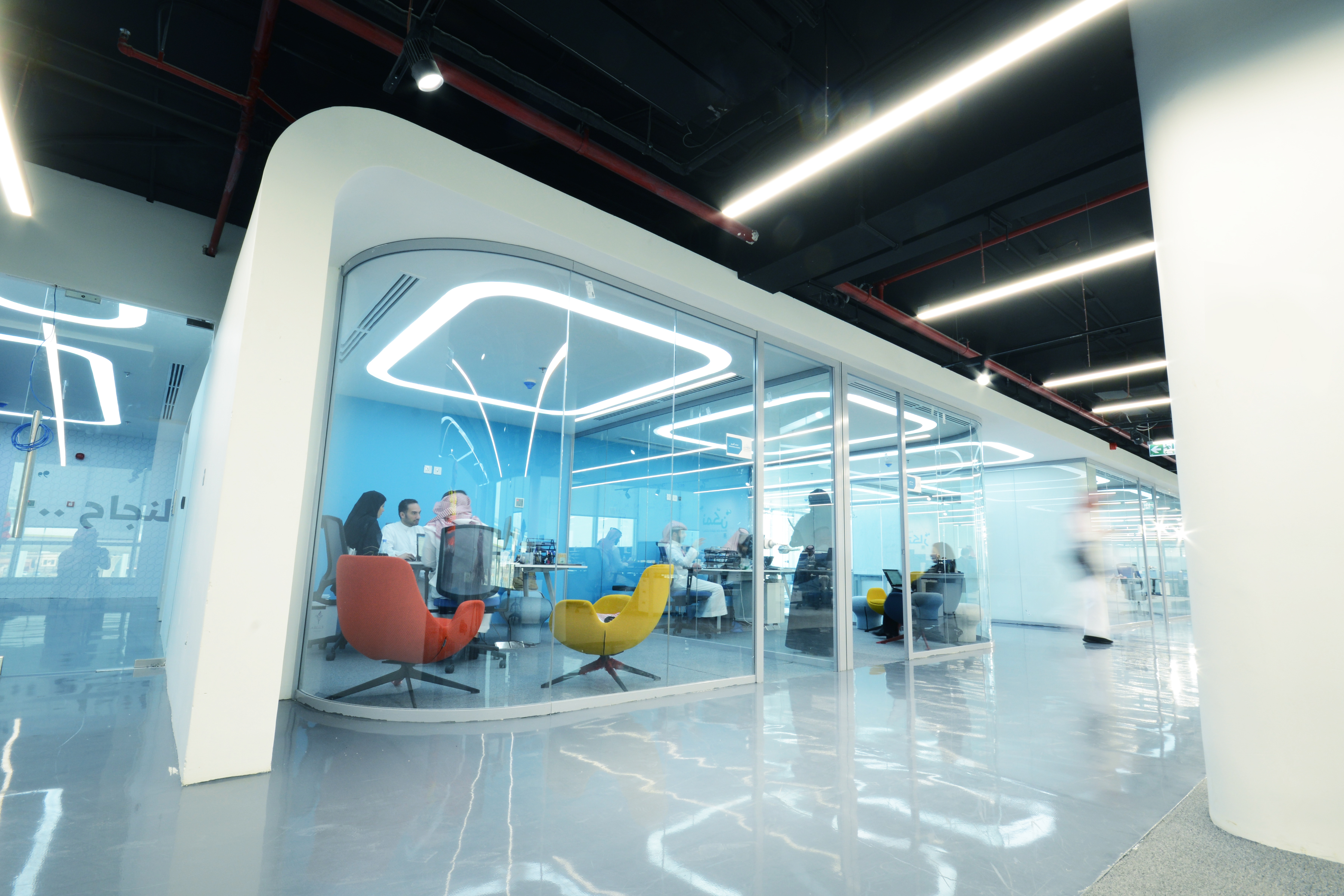 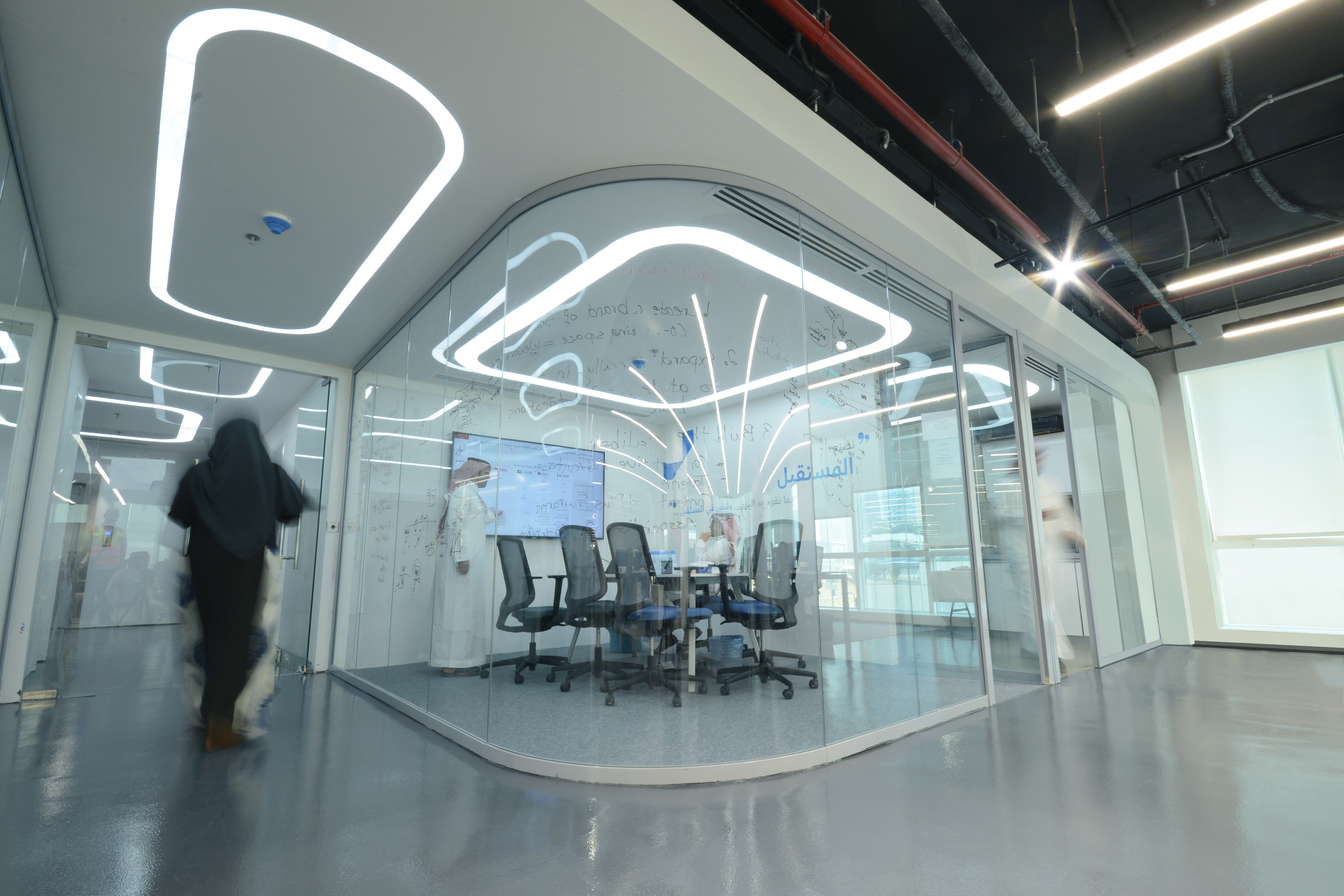