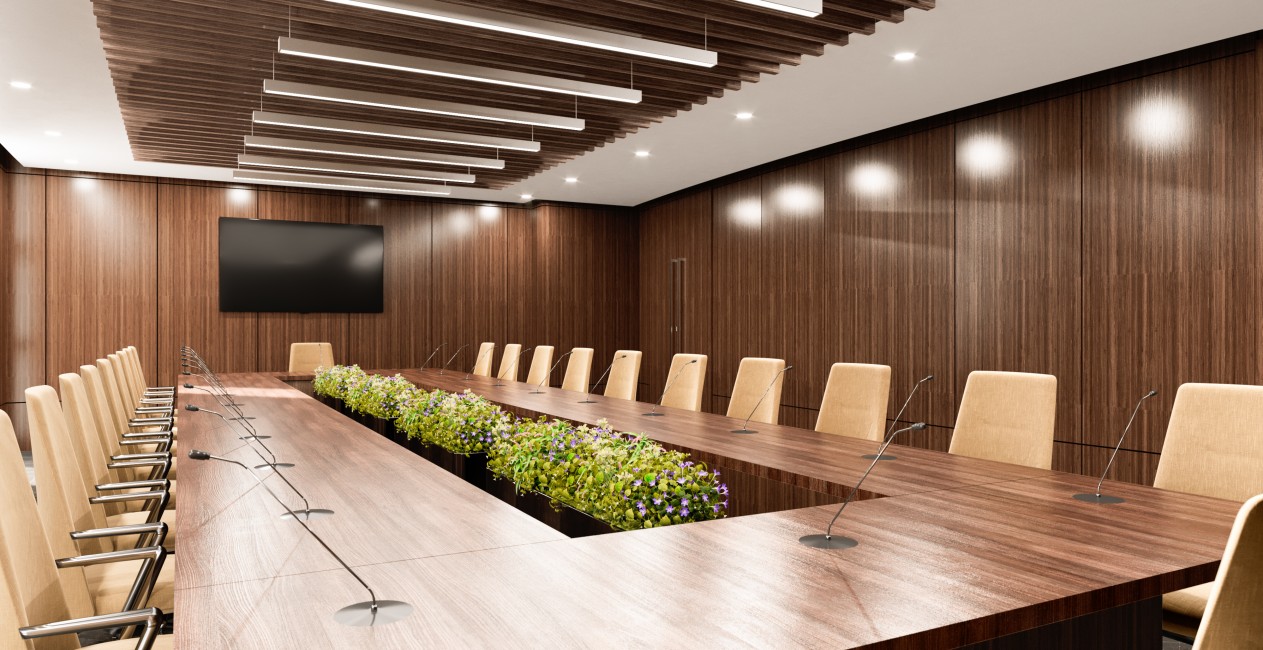 Functionally, the senior management building contains the offices of the executives and the board of directors, in addition to the meeting rooms and all necessary services. The second building contains all the departments where they are distributed over the multiple ellipse shaped buildings based on the size of each department. Each floor was divided longitudinally where offices for managers on one side and workstations of the employees on the other side to provide direct contact between them, in addition to a large group of meeting rooms spread between the workspaces. One of the building was allocated to the entrance of the project as it contains a rest area and a prayer room.

As for the interior design of the three-dimensional spaces and their colors study, glass partitioning system was used between closed and open spaces, wooden partitions in the senior management building large meeting rooms, and marble walls in the entrances.

Grey flooring colors were used for corridors area with carpet for offices and workstations, while the lobbies and executive offices were given more luxurious marble finish.

As for lighting elements, linear ceiling lights were used flushed with the ceiling level in square and rectangular shapes, and suspended lighting elements in the lobbies, meeting rooms and executive offices. Additionally, rectangular gypsum boards in green and white tones inspired by the identity colors scheme of the authority were proposed alternately between linear lighting devices that cover part of the exposed ceilings in workstations. 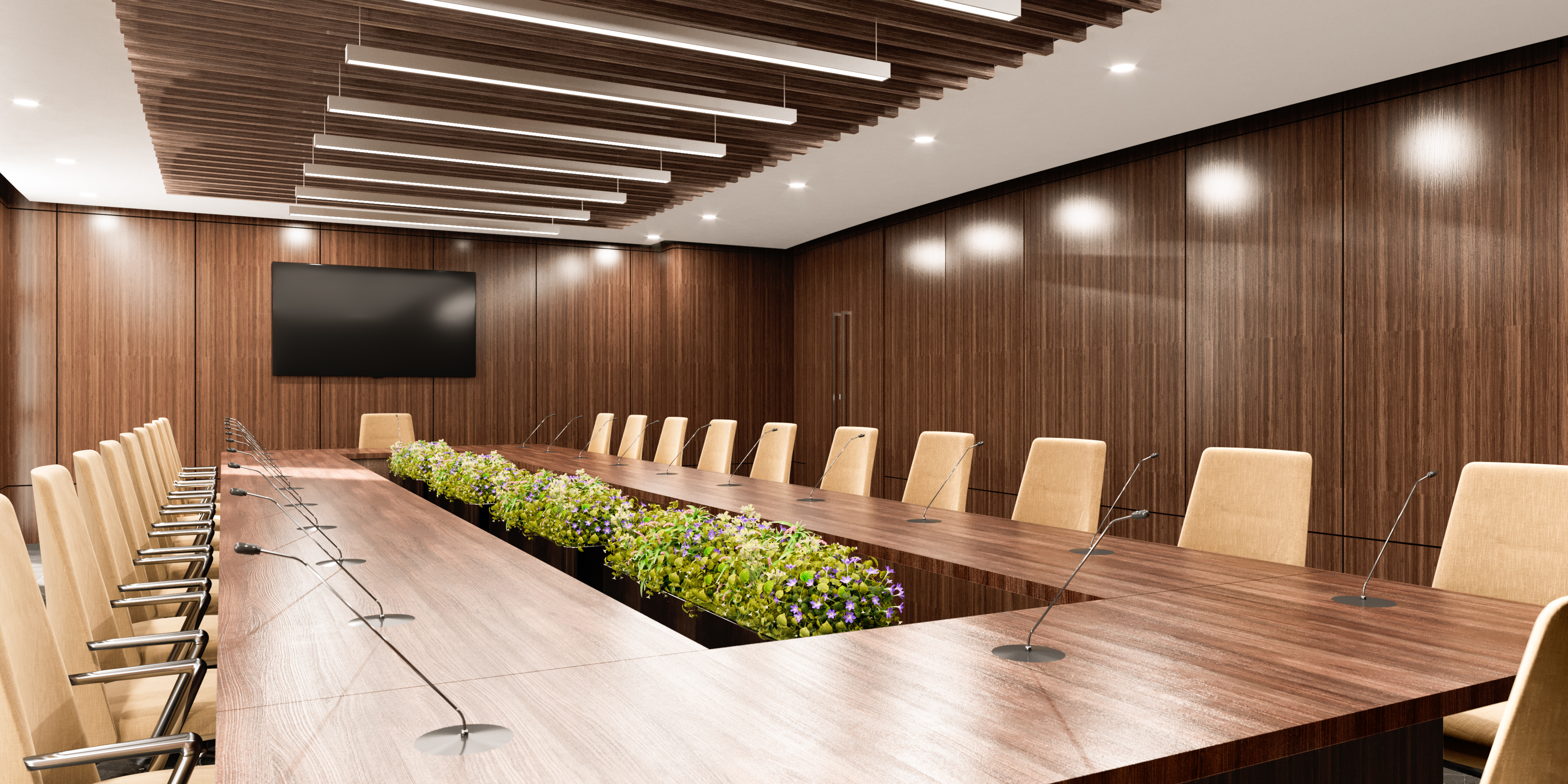 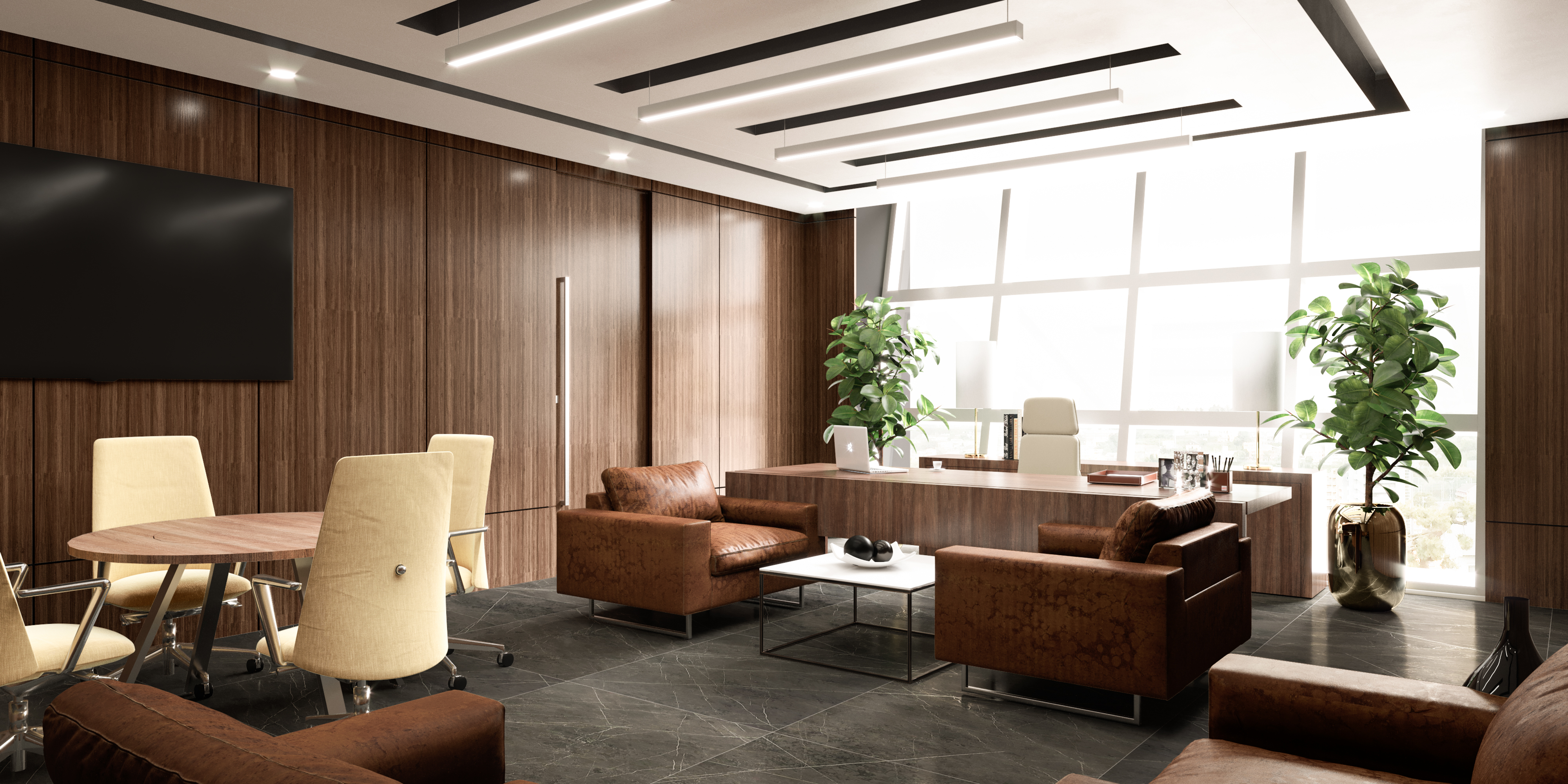 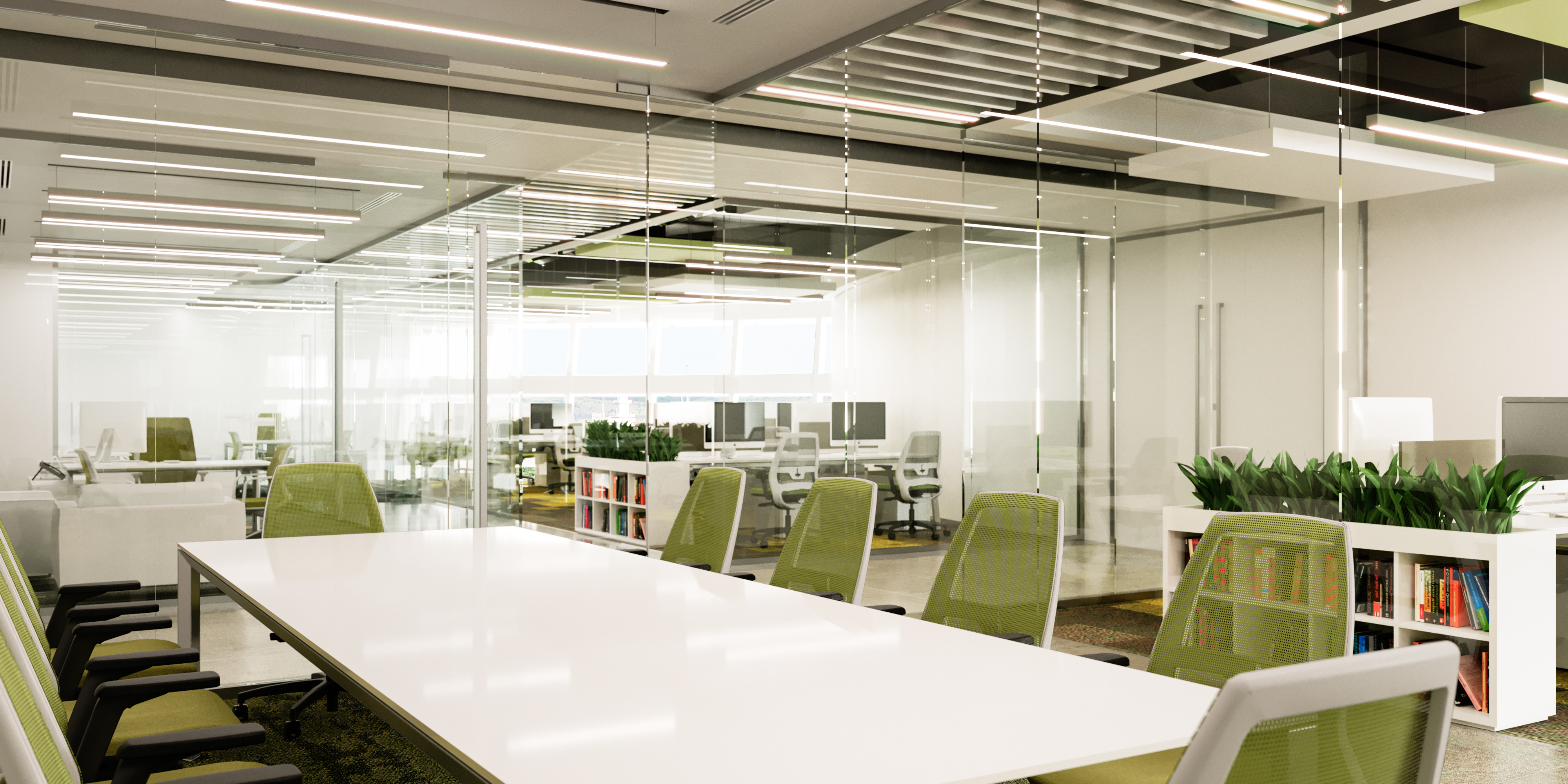 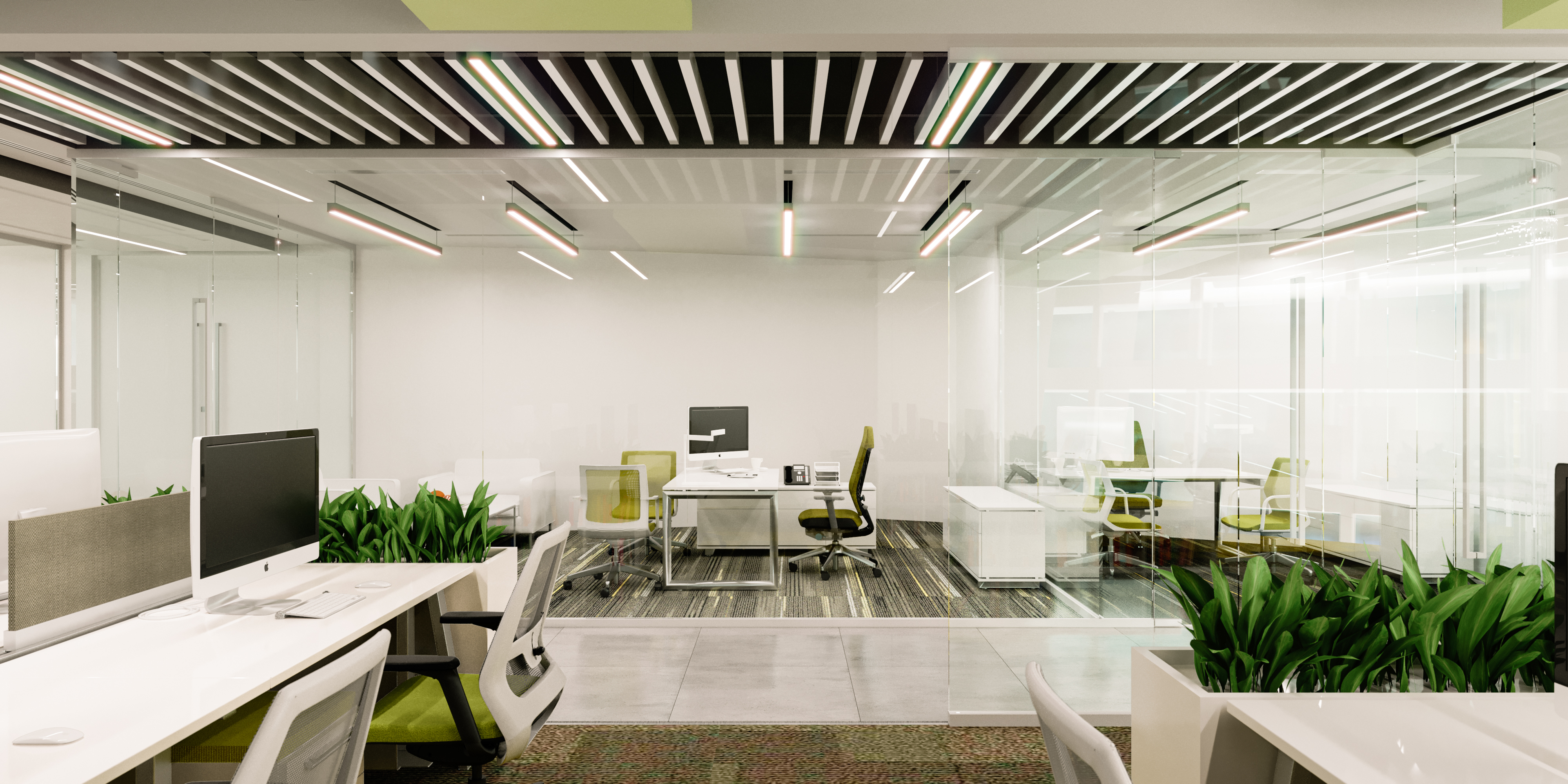 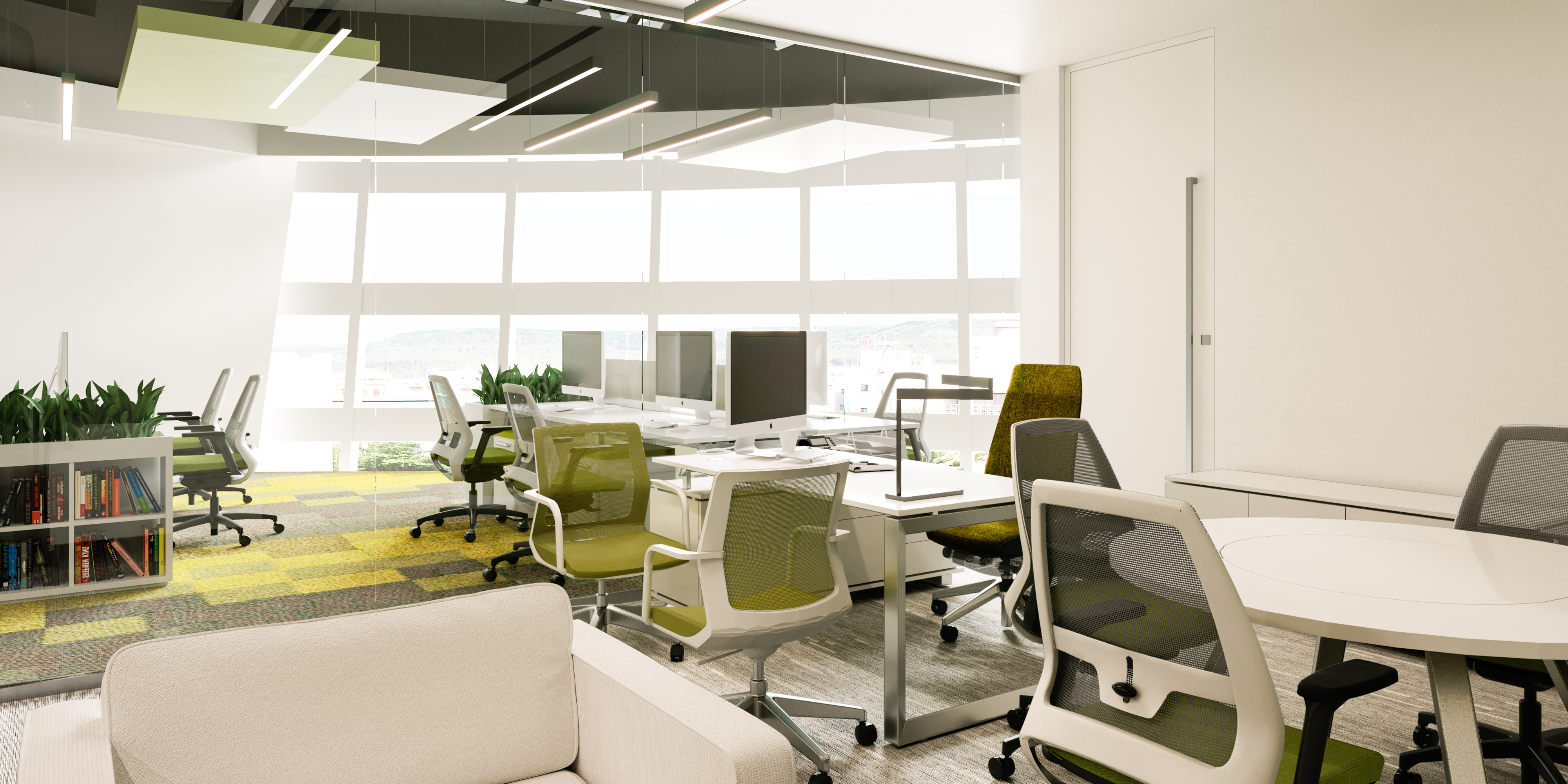 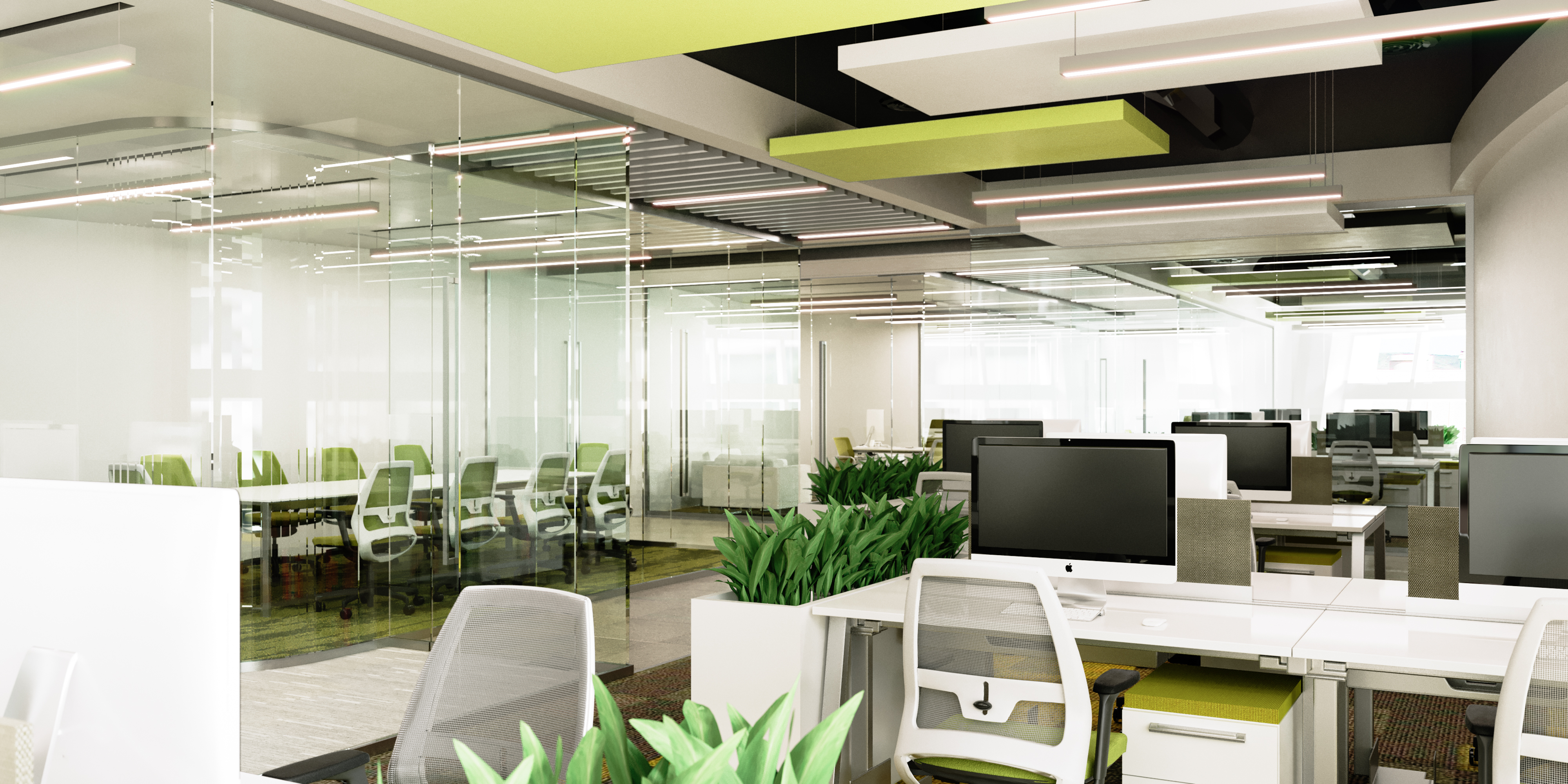