The office is located on the twenty-sixth floor of Tamkeen Tower, north of Riyadh, where the elevators and stairs are located in the center of the floor separating the floor into two areas, one of which is rented by the Economic Cities Authority.

Initially, the space was divided functionally for a support area that contains services and a rest space to be adjacent to the central core and surrounded by the circulation path. Then, the space was divided at the outer bound to five main functions which are reception, workstations, main meeting room, closed offices, and president’s executive office.

In terms of interior design, color, and volumetric studies, the glass partitions were used completely between offices without using solid walls except in service areas where they were also covered with non-transparent milky glass and those walls are wallboards that can be written on them to brainstorm and corporate expression. Parquet floors were used for circulation corridors and dark blue carpet with some patterns according to the colors of the identity of the authority. As for the ceiling, it was a mixture of white gypsum false ceilings and exposed ceilings covered in parts of them with white aluminum strips with suspended and recessed linear lights. 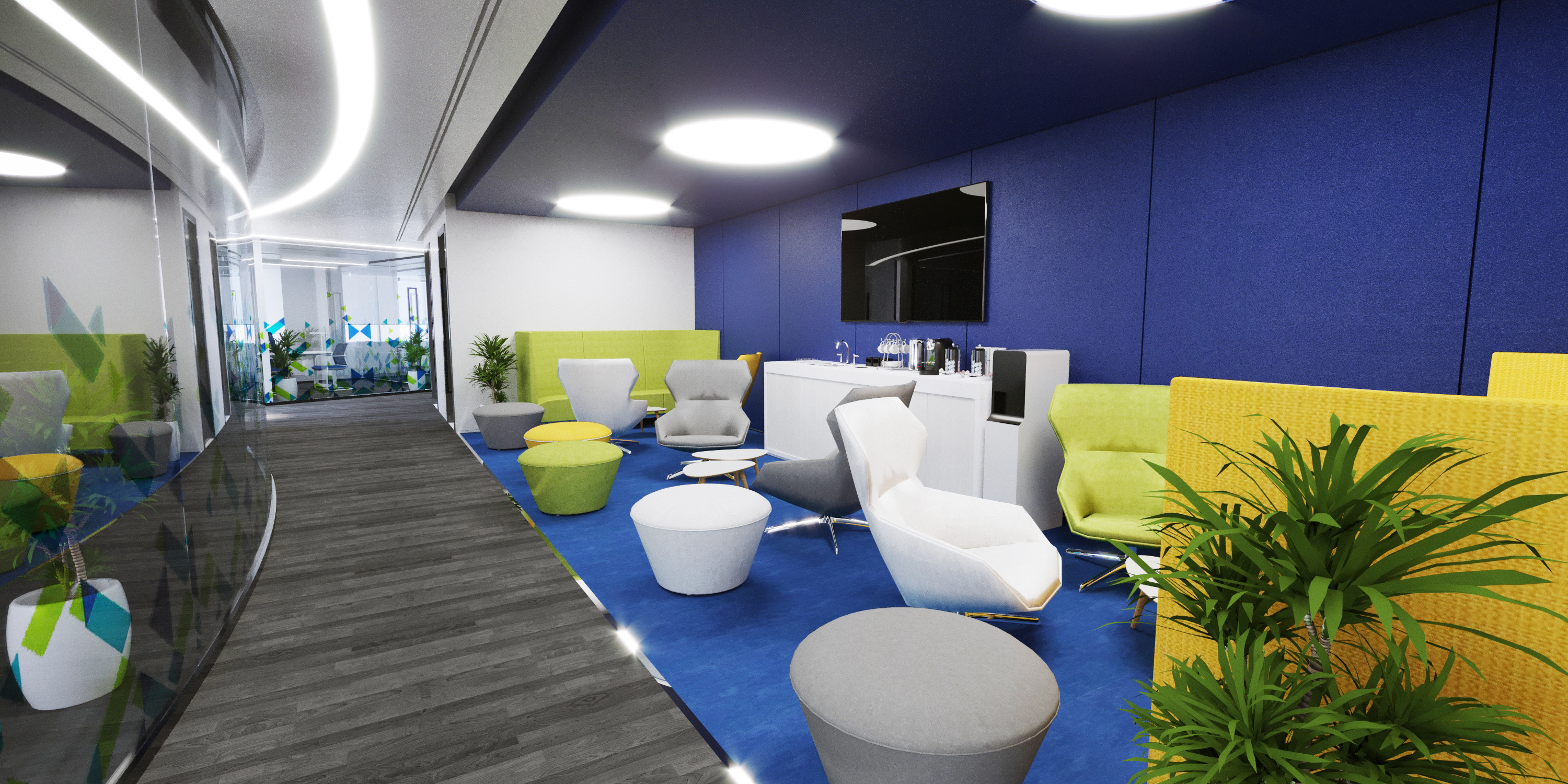 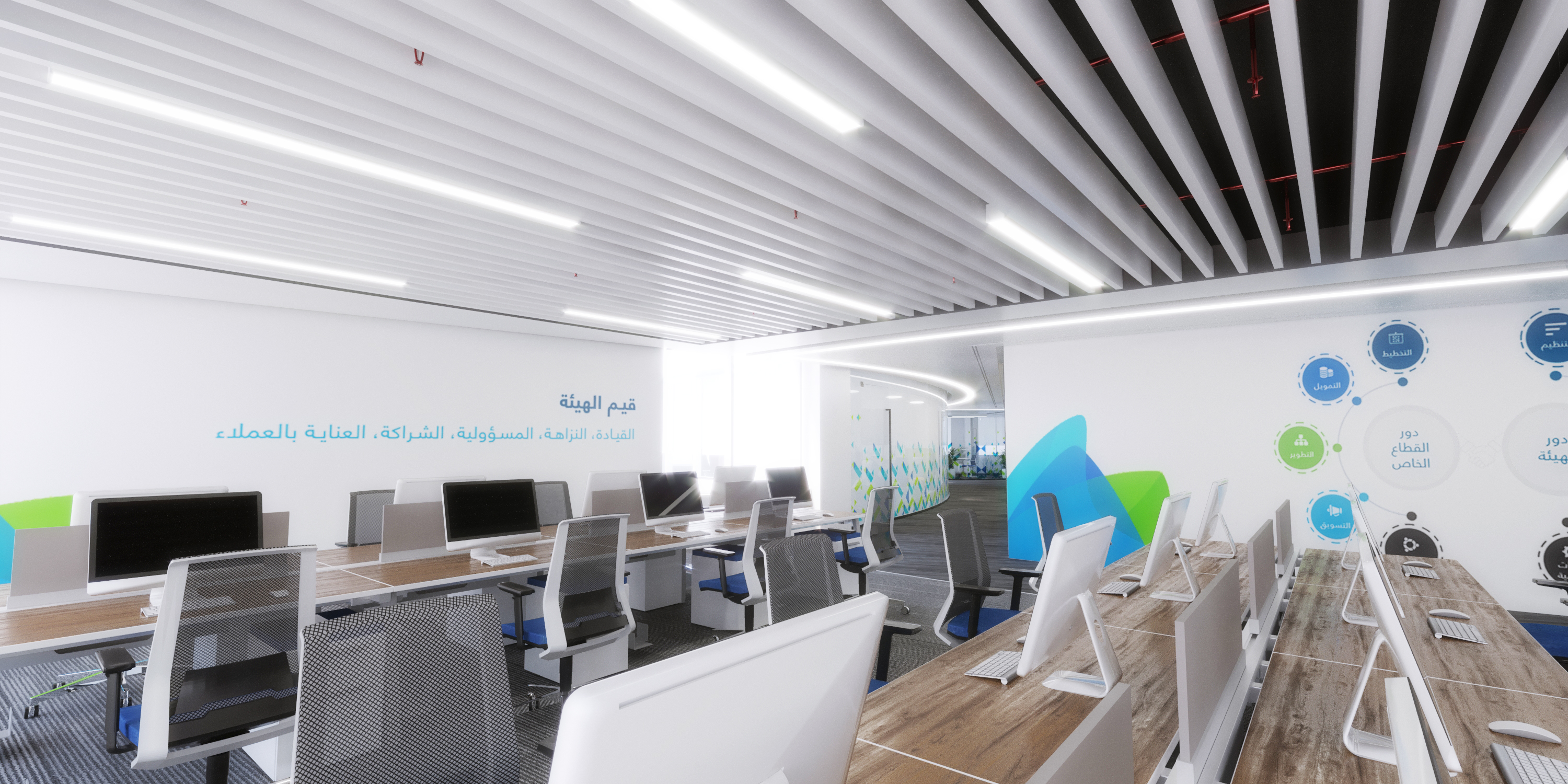 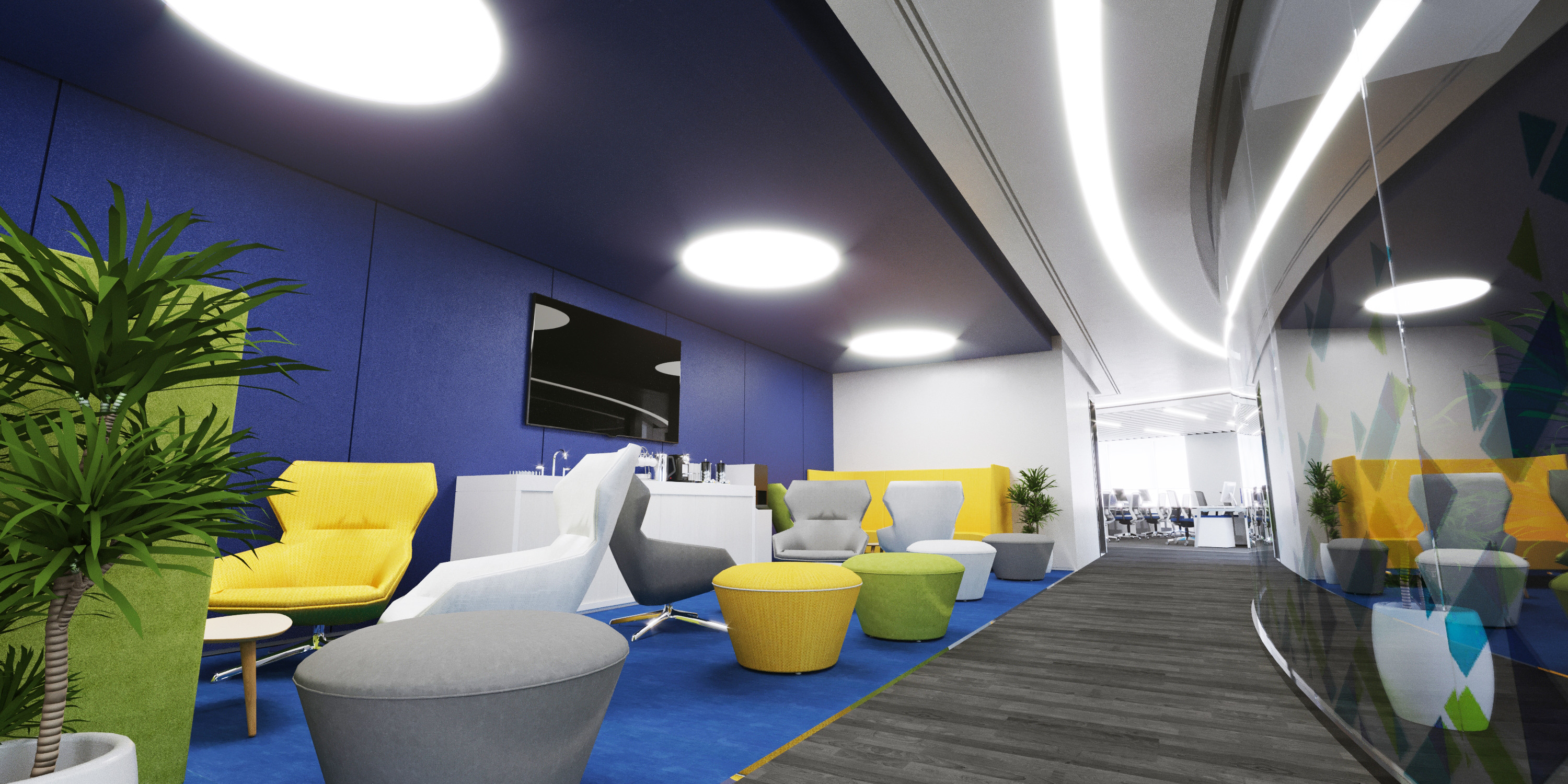 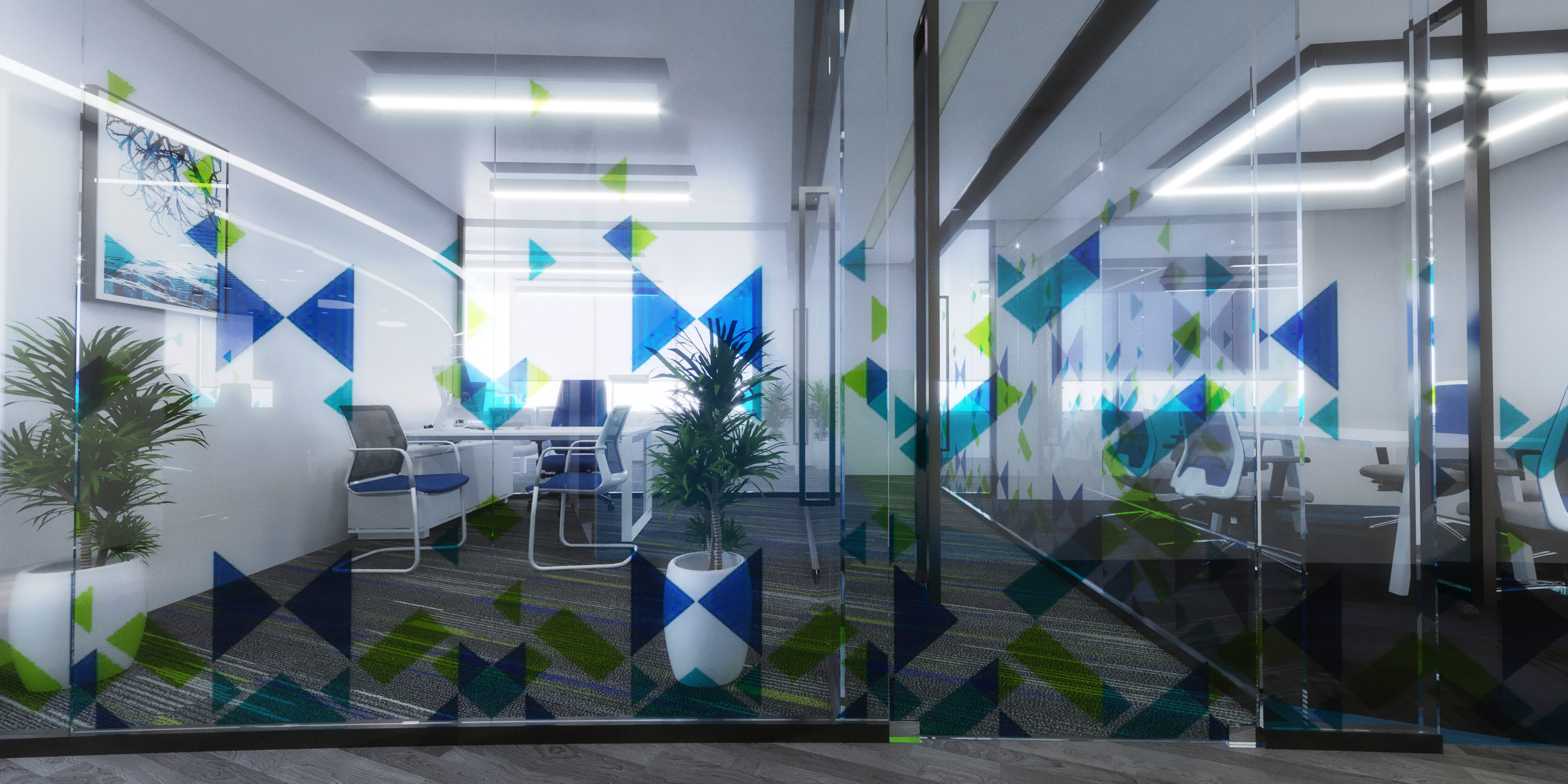 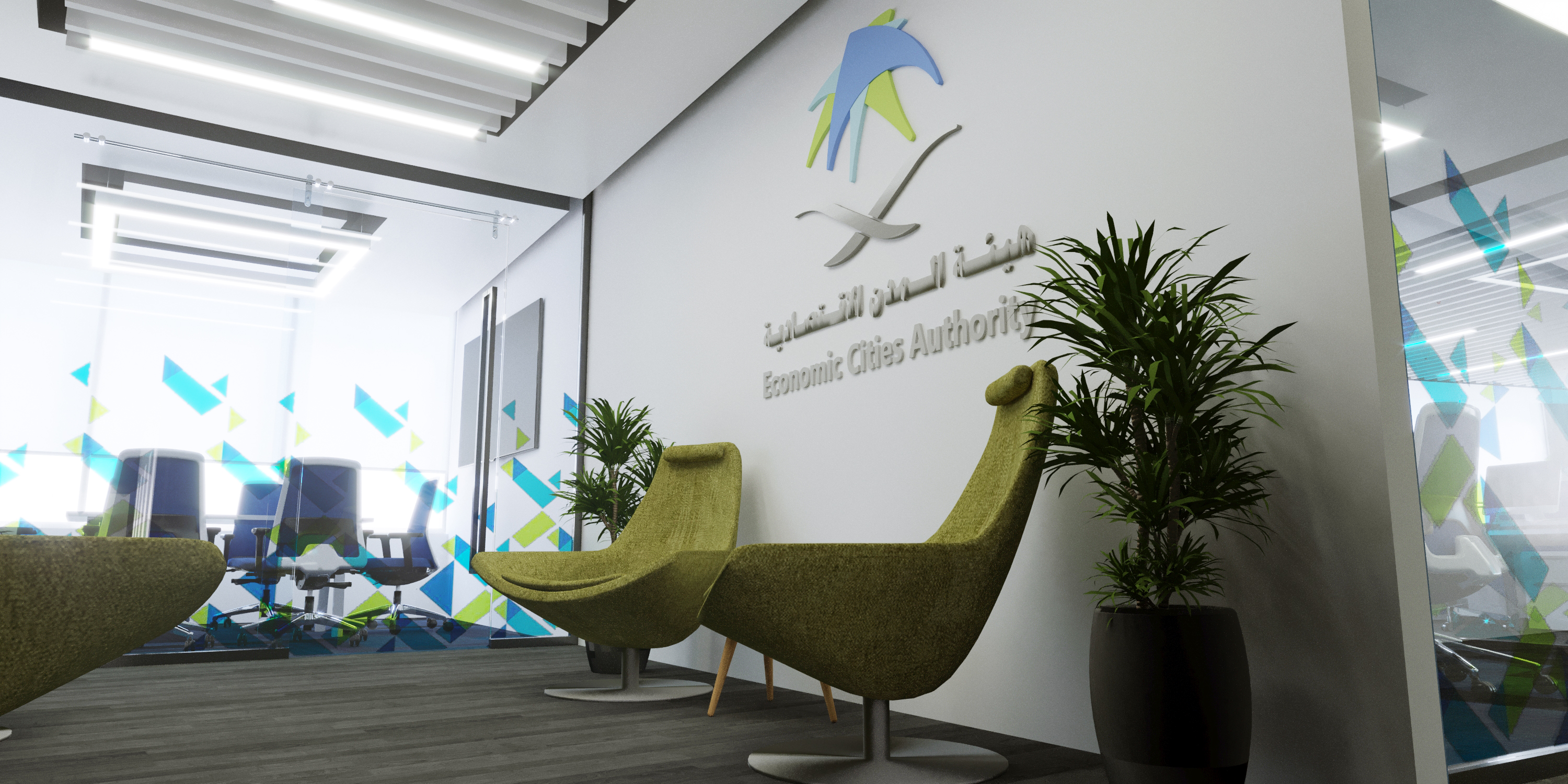 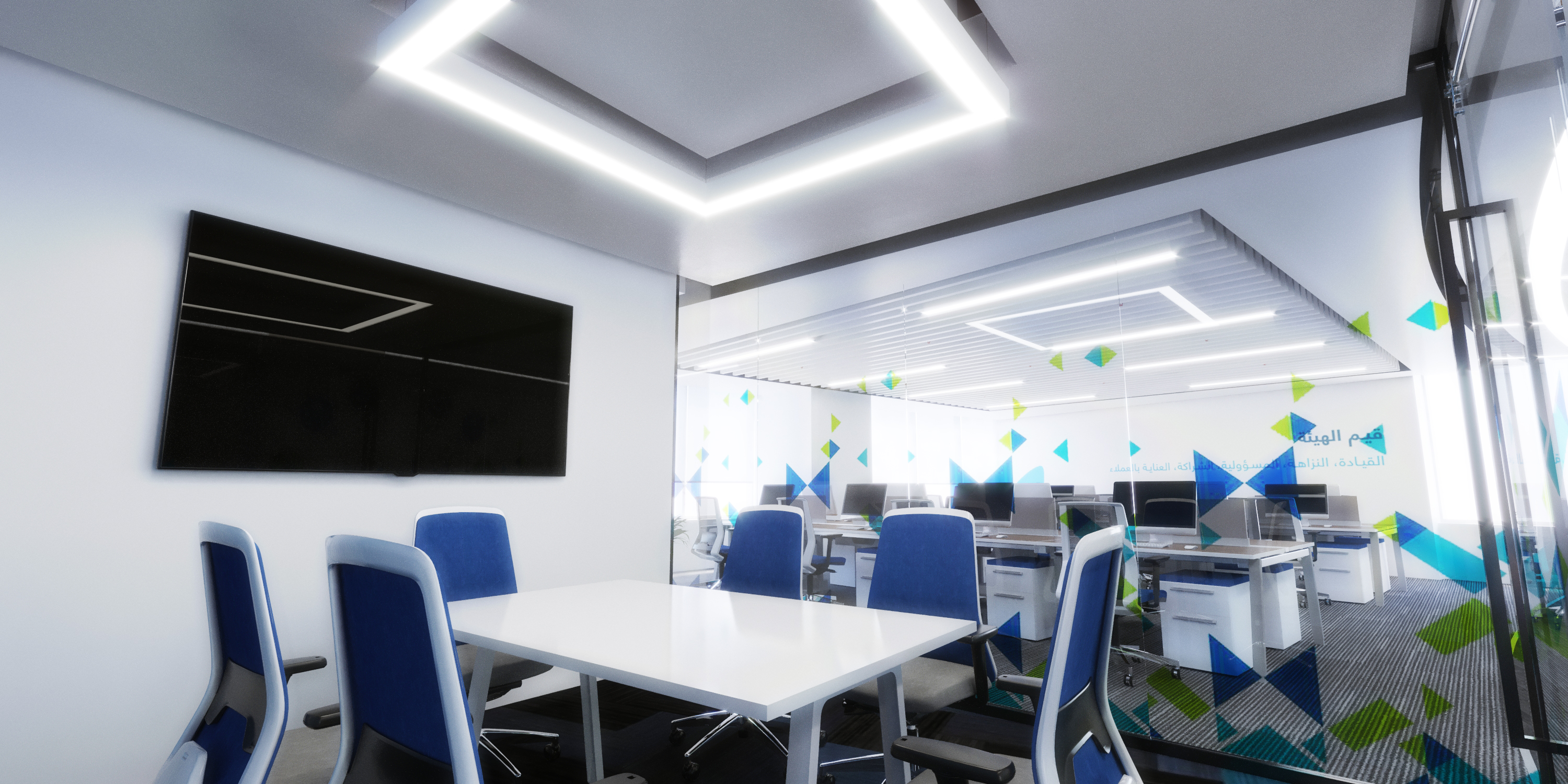 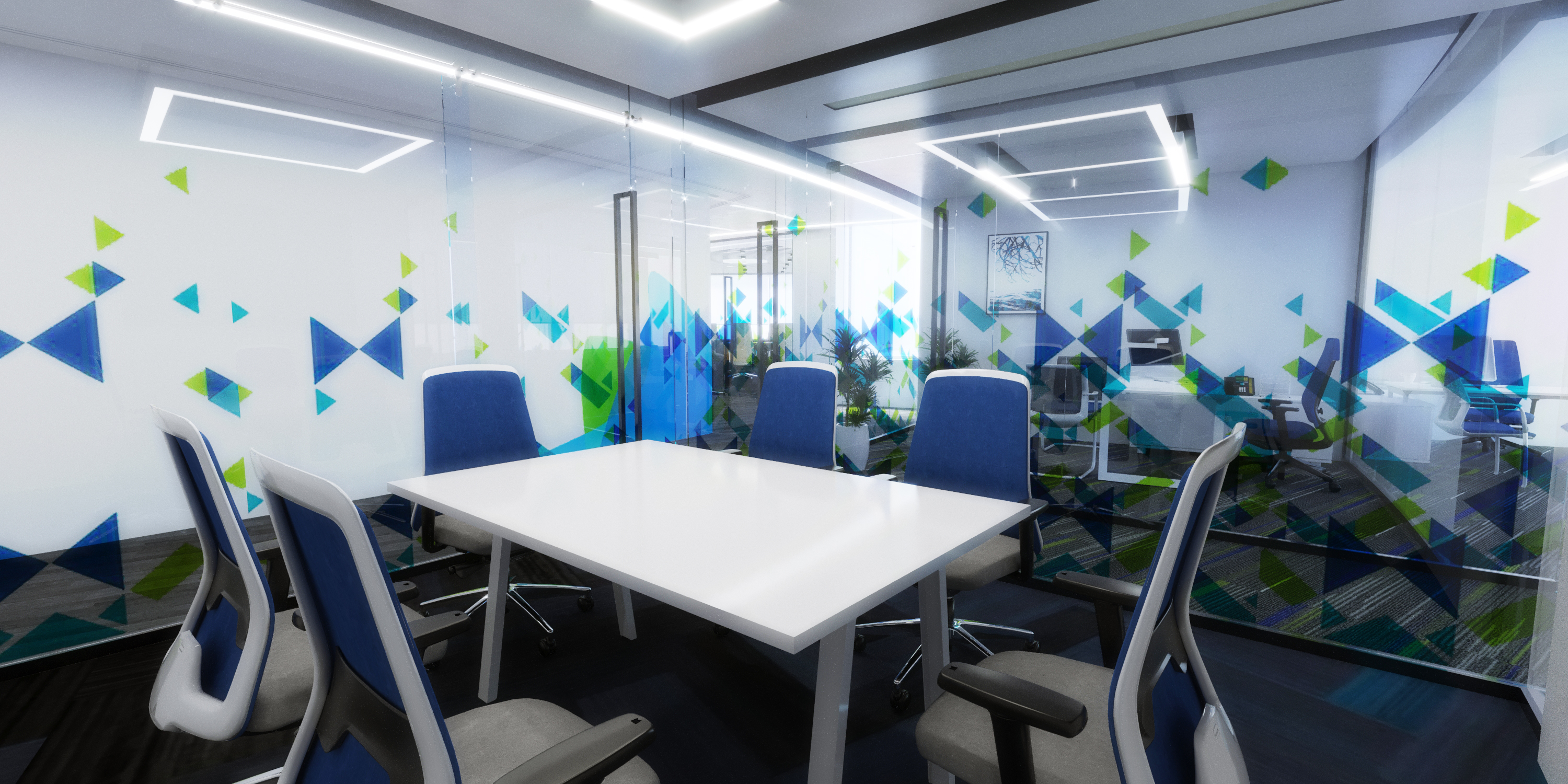 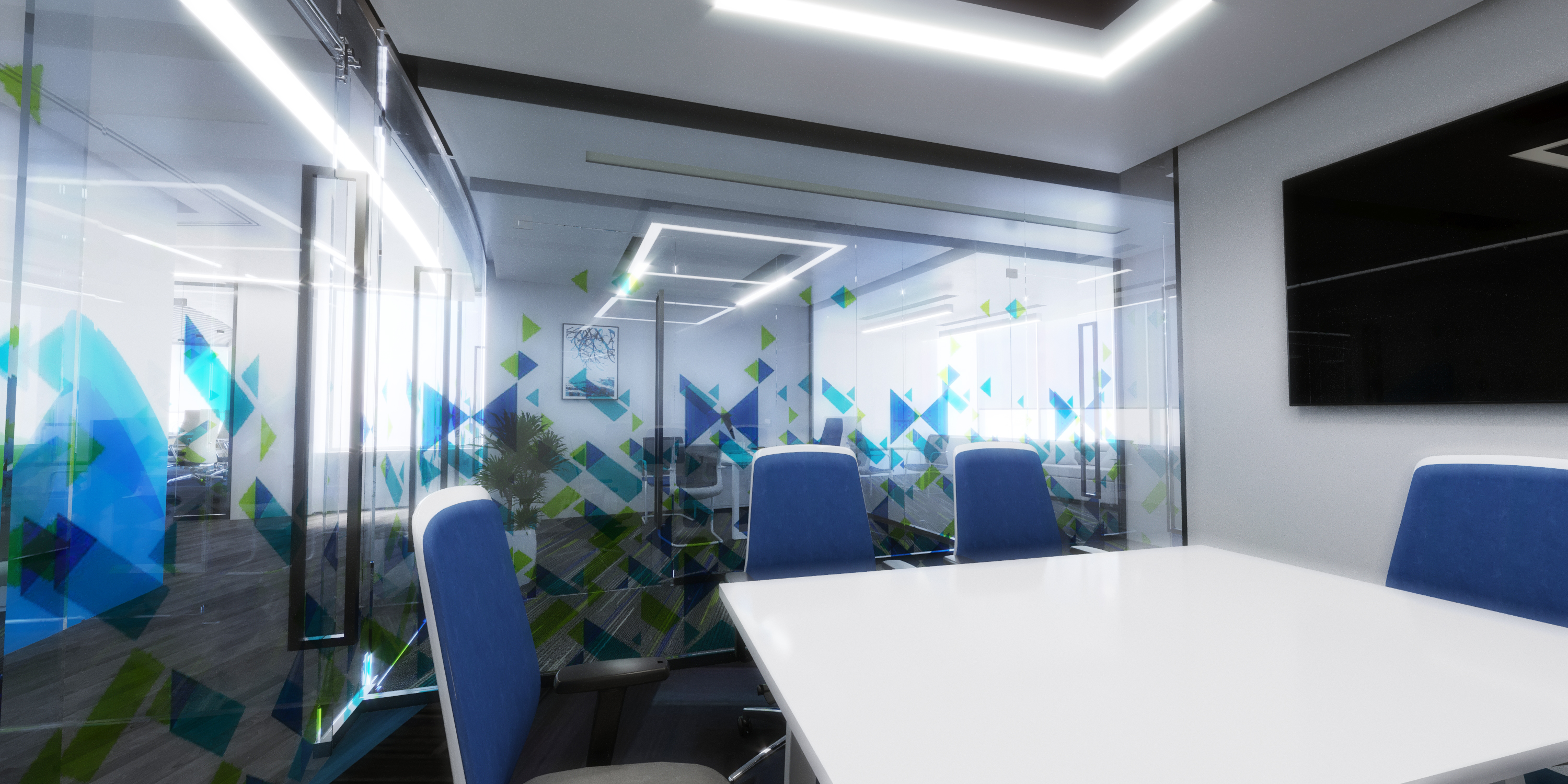 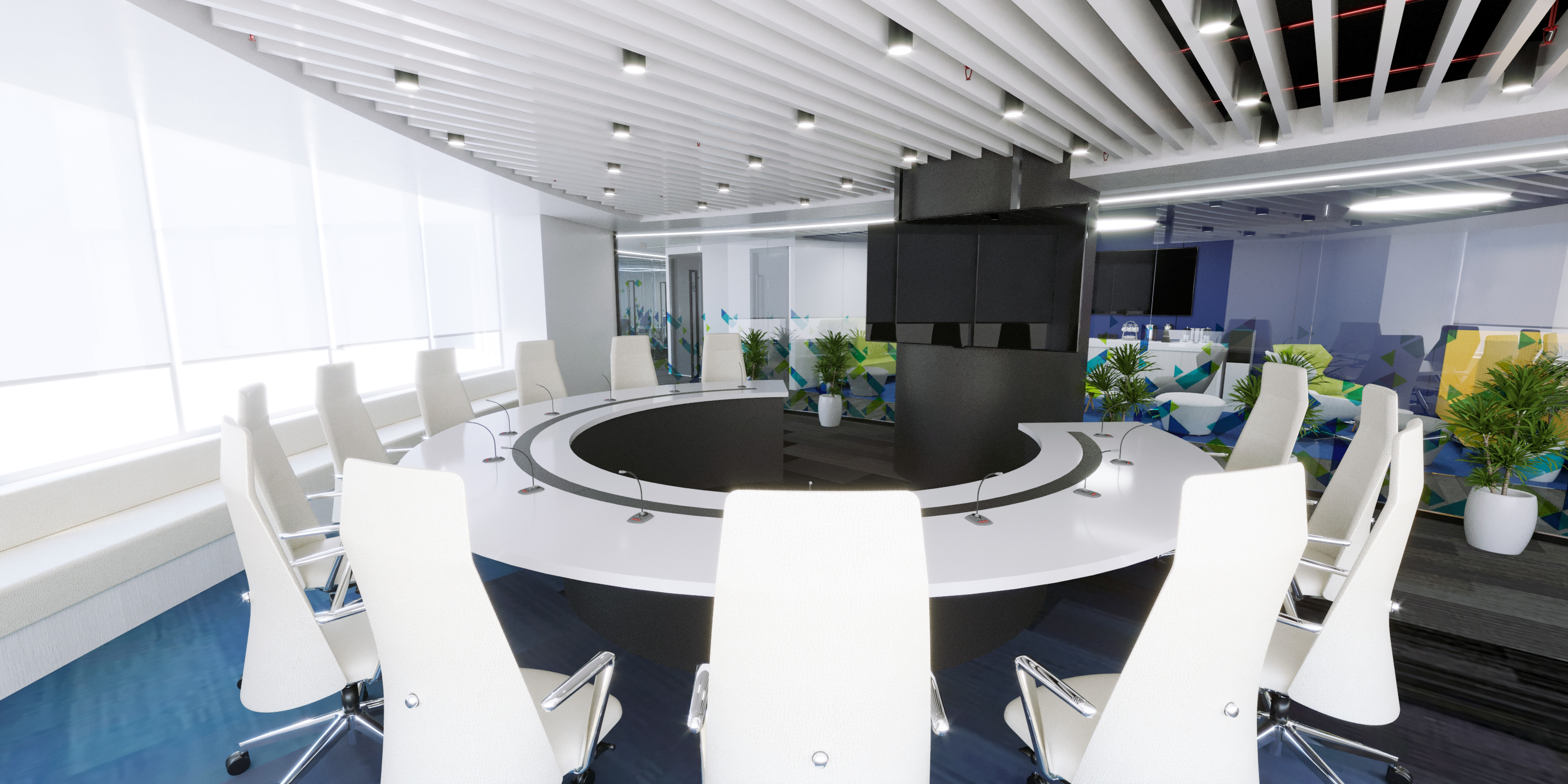 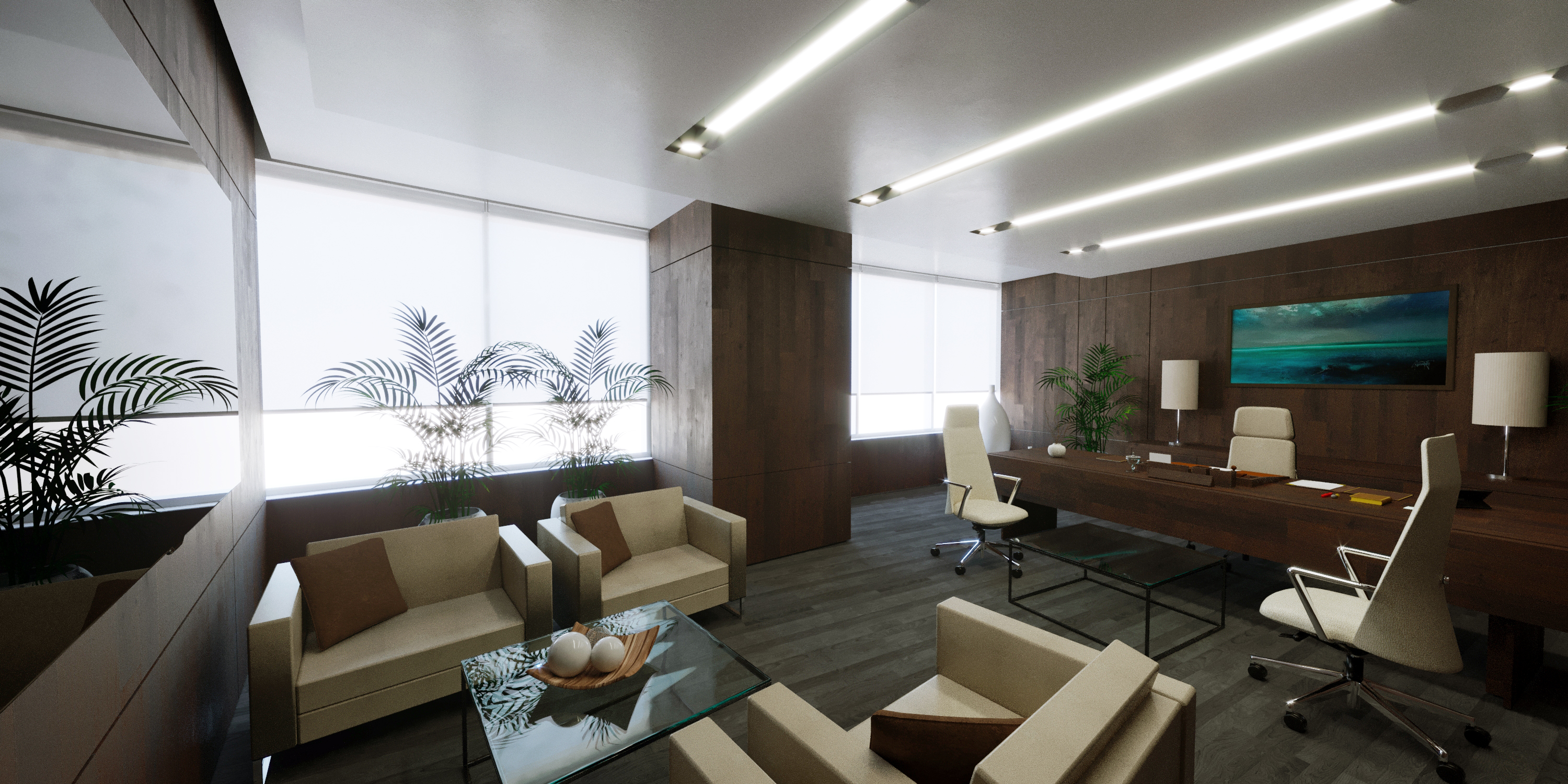 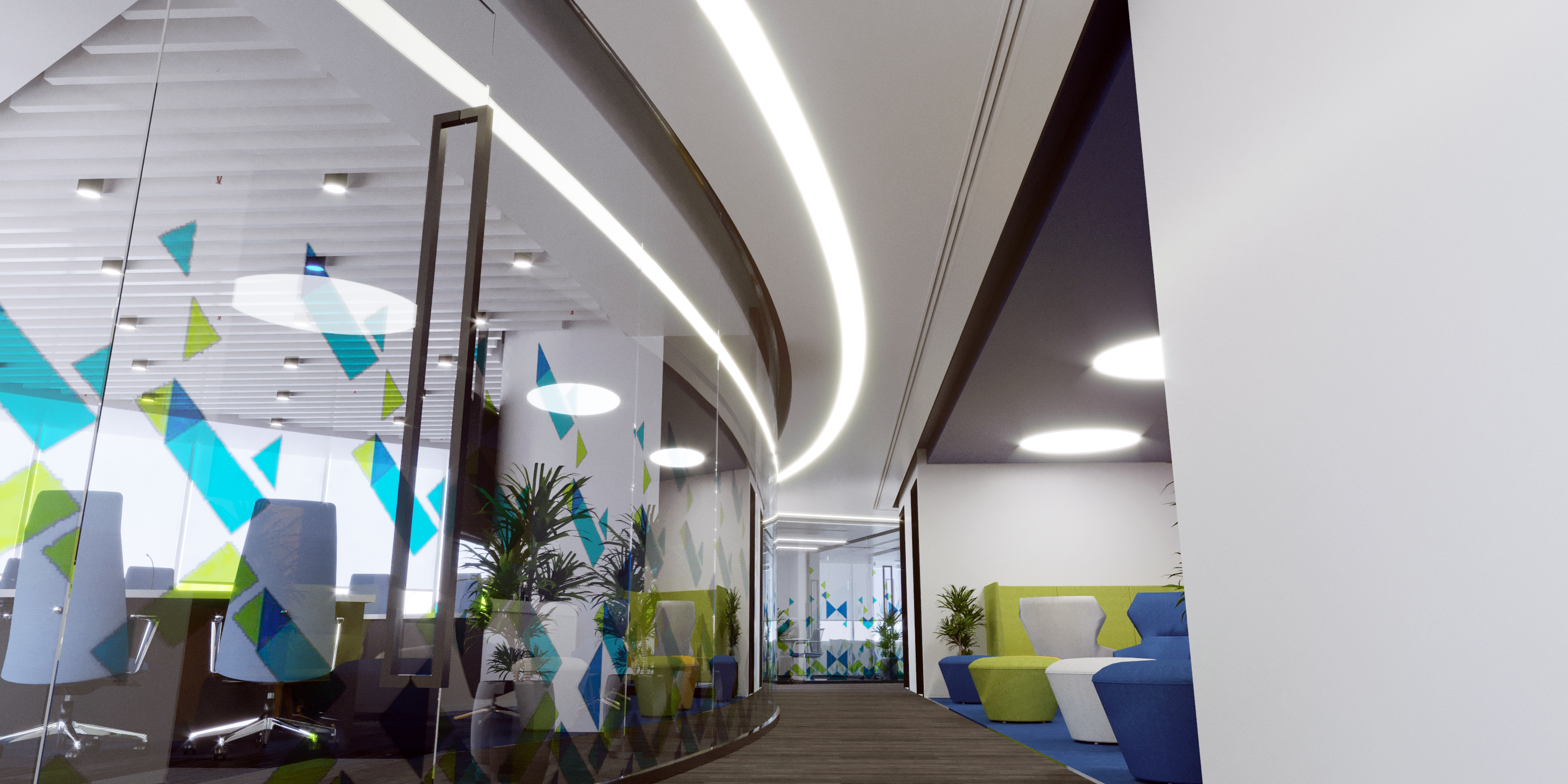